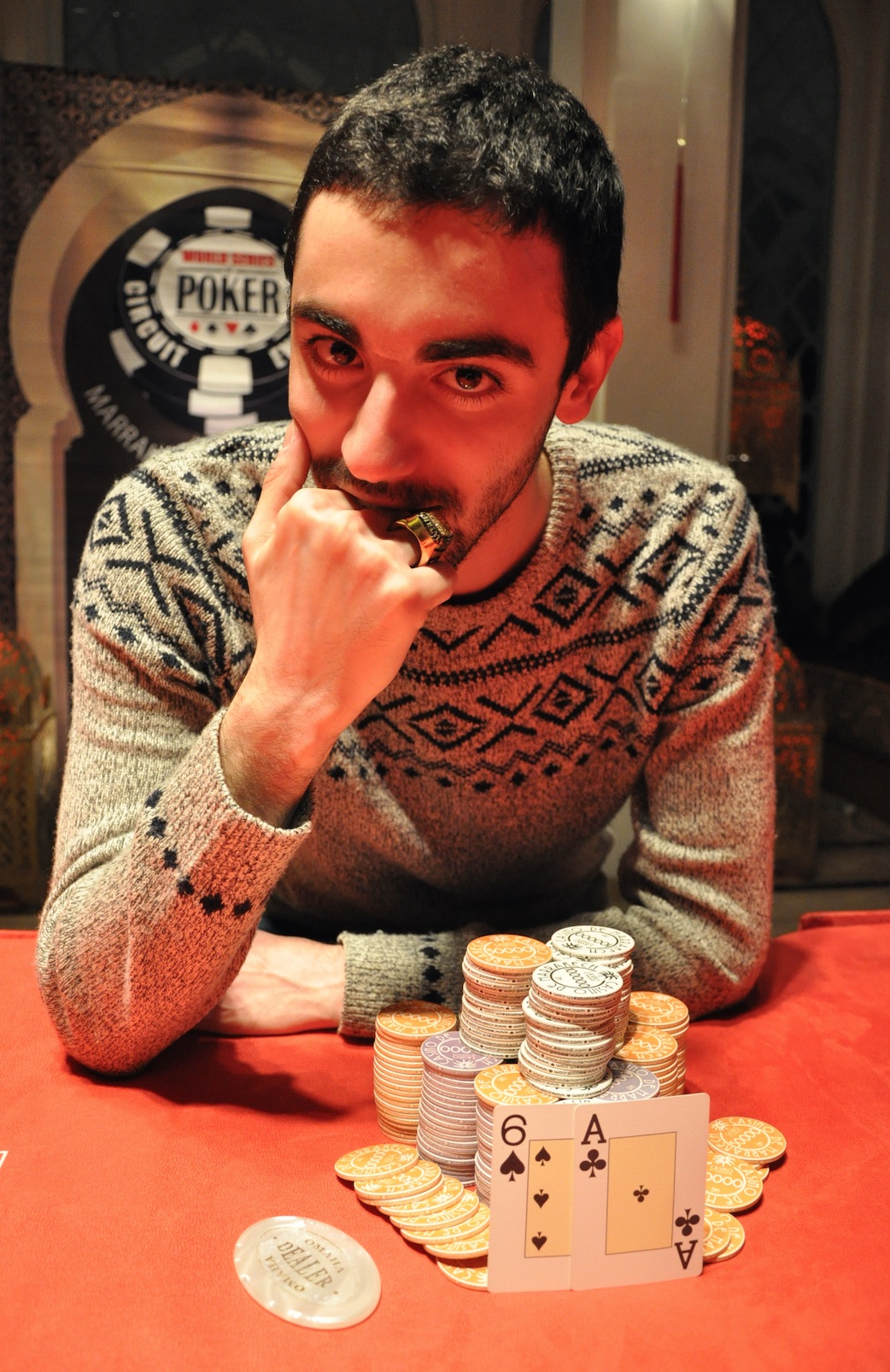 The annual running of the French hash heads continued at the Casino de Marrakech in Morocco.

The WSOP Circuit expanded its reach to include Marrakech, Morocco…which is a far more interesting locale than the usual stops on the Circuit like Bumblefart, Iowa and Snoozeville, Indiana.

This year's Main Event in Morocco attracted 444 entrants. It was fitting that a Frenchman won the French-heavy field.

When it got heads-up between Mathieu ‘Matslide' Selides and Belgian Anthony Rodrigues, the two never imagined they'd slug it out for four hours! About two hours into their stalemate, they agreed to chopped up the remaining money. Even though they locked up a deal, they still played out for another two hours to determine the title, the ring, and the rights to play in the WSOP Circuit "Global Casino" Championship in Las Vegas. On the final hand, Selides A-6 took out Rodrigues's K-J.

First place paid out €95,479, which is Selides' largest live cash to date. The 24 year-old's largest previous score was for $10K(USD) at an event in Marrakech last summer.

“I had planned to go to Las Vegas this year for the first time,” said Selides to Club Poker's venustyle moments after his victory. “I am particularly pleased to go as WSOP Circuit champion.”