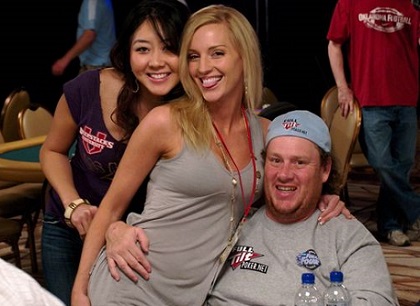 In early January of this year, the poker world lost one of its greatest and most-lovable personalities. Gavin Smith, who won both a WPT event and WSOP bracelet, passed away and the news of his sudden death sent shockwaves in poker room across North America and around the globe.

Players, fans, and media were quick to post their initial thoughts of utter surprise before sharing their funniest Gavin Smith stories on across social media. And believe me, stories about Gavin's hijinks and tomfoolery are still coming out of the woodwork.

Within hours of the news of his passing, Gavin Smith's friends started a GoFundMe page for his two children. The poker community chipped in and raised over $40,000 to help them out. But they wanted to do more. The folks at the World Series of Poker decided to assist by hosting a special charity tournament on the eve of the 2019 WSOP. The $200 buy-in event will benefit Gavin Smith's kids, with over 50% of the proceeds going directly to his memorial fund.

Smith, who won his first WSOP bracelet back in 2010, won over $6 million in poker tournaments, Gavin probably spent $6.5 million buying everyone drinks over the last decade.

When he passed away, Gavin made his mark as the 11th most successful player from Canada. At one time, during the peak of his powers at the height of the glorious online poker boom, Gavin Smith was one of the best NL hold'em tournament players in the world. For a brief period, he was on top of the world and no one could knock him down.

The herd might have caught up, but Gavin was always the life of the party. He had a working-class sensibility, but partied like a rockstar.

The former Full Tilt pro struggled with booze on and off the felt. The poker is never what gets ya when you're living in Vegas. Nah, it's those like leaks that tickle your soul when you live in Vegas. It's a town where booze flows freely 24/7. It's not an easy place to live when temptation is around you at every waking moment.

The WSOP charity event will begin on May 28 at 6pm at the Rio Casino in Las Vegas.

If you don't know, rumors suggest the Rio was sold, and it wasn't to the group that wanted to bring an MLB team to Vegas. Will this be the last WSOP to go down at the Rio?