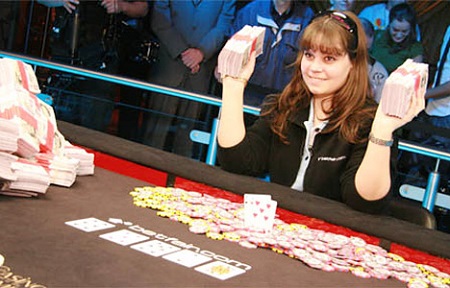 The 2018 World Series of Europe kicks off today at the King's Casino in Rozvadov, Czech Republic. It's amazing to think that the WSOPE started back in 2007 and that there was never a WSOP-branded presence in Europe until a decade ago. The 2018 version of the WSOPE includes 10 bracelet events and over 13 million in guaranteed prize pools. Check the full schedule here.

American pro Shaun Deeb is currently the leader for the WSOP Player of the Year standings. Can he hold off a handful of other Americans who made the trip to Europe to battle Deeb for POY supremacy?

Cards so in the air for the 2018 World Series of Europe today with the start of Event #1… a.k.a. the European Colossus Donkament! To celebrate the start of the WSOPE, let's take a quick walk down memory lane and revisit some of the brightest moments from the WSOPE.

You always remember your first time! The WSOP expanded to Europe in 2007 with the first-ever bracelet events outside of Las Vegas. The Empire Casino in Leicester Square, London hosted the first-ever WSOPE. The casino and poker room as so small that the Main Event had to be split and opening flights housed at other properties spread throughout London. Man, poker has come a long way in Europe over the last decade. The infrastructure has improved drastically.

SHIP IT TO NORWAY

In October 2007, Annette_15 set a record at the time for youngest bracelet winner when she took down the inaugural WSOPE Main Event a day shy of her 19th birthday. Annette15 faded a field of 362 runners to win a cool £1,000,000.

The 2008 WSOPE Main Event took place at the Empire Casino in London once again. The final table took over 22 hours to play down to a champion. I know, because was there, maaaaaan! John Juanda won the marathon affair and £868,800.

At the 2009 WSOPE in London, media mogul Barry Shulman edged out the insanely-popular Daniel Negreanu for the Main Event bracelet. In the battle of good and evil, the proverbial evil prevailed. Shulman banked £801,603 and Kid Poker settled on a runner-up finish.

British pro James Bord shipped the 2010 WSOPE for £830,401. The event was hosted at the Empire Casino in London for the last time. It was also the last time the WSOPE appeared in the United Kingdom.

The WSOPE migrated to France in 2011 and hung out there for a couple years. Elio Fox won the Main Event and defeated Chris Moorman heads-up for the epic victory. Fox took home €1,400,000 and the bracelet.

The 2012 WSOPE in Cannes, France caused a ripple in time and space. Phil Hellmuth won the Main Event and beat Sergii Baranov heads-up for the bracelet and little more than €1 million.

The Casino Barriere in Enghien-les-Bains, France hosted the 2013 WSOPE. Spanish pro Adrian Mateos made a splash on the international stage with his first bracelet win and the Main Event title. Mateos won €1,000,000.

There was no WSOPE in 2014 and 2016 (it was during the alternate with Asia experiment). But the suits at the WSOP in Nevada abandoned that notion. So, it's back every year... for now.

The WSOPE returned to European soil in 2015 and found a new home at the Spielbank Berlin in Berlin, Germany. American pro Kevin MacPhee shipped the Main Event for €883,000.

The last WSOPE occurred in 2017 at the King's Casino in Rozvadov, Czech Republic. Marti Roca De Torres won the Main Event bracelet and €1.1 million. The One Drop was also featured on the schedule. German pro Dominik Nitsche shipped the €111,111 Big One for €3,487,463.

Jesus Ferguson won a bracelet when he took down a PLO8 event and thereby locked up first-place on 2017 WSOP Player of the Year, much to the dismay of 99.9% of the online poker community who got screwed by Full Tilt Poker in the wake of Black Friday.